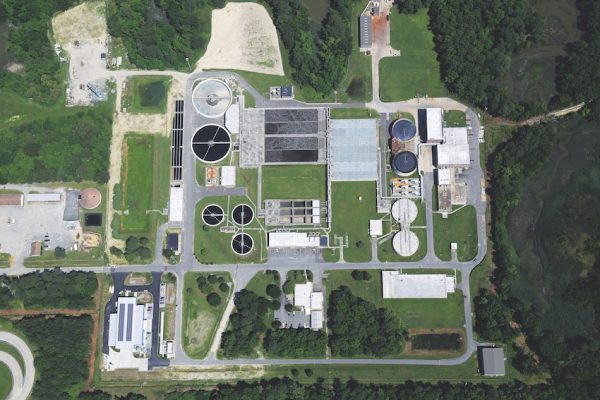 Serving Smithfield and Isle of Wight County, as well as parts of the cities of Chesapeake and Portsmouth, the HRSD Nansemond Treatment Plant discharges its treated effluent to the James River, a tributary of the Chesapeake Bay. Excessive nutrients, including phosphorus and nitrogen, have been identified by the Chesapeake Bay Foundation as one of the most serious water quality problems affecting the bay. The discharge of these nutrients into Chesapeake Bay causes algae blooms that choke surrounding marine life and upset the natural ecosystem.

The Nansemond Treatment Plant began operation in 1983 and treats 30 million gallons per day, featuring a seasonal biological nutrient removal process. The plant has received national awards for outstanding compliance with its environmental permits.

Upon conducting an industry-wide search for the most efficient and advanced system to separate fats, oils & grease (FOG) into its basic components, HRSD was led to Greasezilla®, a patent product of the Downy Ridge Environmental Co. According to the U.S. EPA, 23,000 to 75,000 sanitary sewer overflows (SSOs) occur each year, the majority of which are caused by FOG.

The Greasezilla® system is designed to pretreat grease trap waste trucked to the wastewater treatment facility by removing nearly all grease at the front end of the treatment process. The system can process up to 40,000 gallons of grease trap waste per day and is scalable to handle larger flows should an expansion be in the plant’s future. This equates to approximately 7.5 million gallons per year.

If discharged into sewers, grease from food preparation can cause pipe blockages, resulting in overflow of normal domestic wastewater into the environment. Grease trap waste from restaurants in Coastal Virginia are collected and transported by truck to the headworks of several HRSD treatment plants, including the Nansemond Treatment Plant to mitigate this.

After separation, the brown grease is pumped into holding tanks as an advanced biofuel that is a carbon positive substitute for No. 5 and No. 6 fuel oil, or can be used as a biodiesel feedstock. The remaining water content, which is pasteurized and nearly free of all suspended solids, is then safe for discharge into the wastewater treatment facility.

When the greasy water mixes with raw wastewater in the treatment process, it cools and congeals and can coat mechanical equipment like pumps and the insides of pipe. Since grease floats on water, a thick layer of scum can form on the surface of the plant’s tanks. These buildups need to be removed periodically to prevent problems with the intended function of the treatment process.

“In reality, we do not have treatment challenges because our treatment operators expend the necessary labor to clear buildups before they become a problem, which is time consuming and unpleasant work,” according to HRSD. “This allocation of staff time is a cost that is borne by the district and its rate-payers.”

The system is designed specifically with the intent of handling greasy wastewater in a way that is not too operationally intensive or costly. The total operating expense of the system is less than $50,000 per year, and energy costs are less than $3,000.

“The inclusion of a process, like Greasezilla®, that could convert the grease into a useful product is a further benefit in that a nuisance waste will be converted into a commodity grade product, which can be sold to offset a portion of the operational cost associated with grease trap waste management and provide a carbon neutral fuel source that can offset the environmental impact of the user of the resulting biofuel,” Levine said.

HRSD provides service to 18 cities and counties of southeast Virginia, which is an area of more than 3,087 square miles, with a population of 1.7 million.